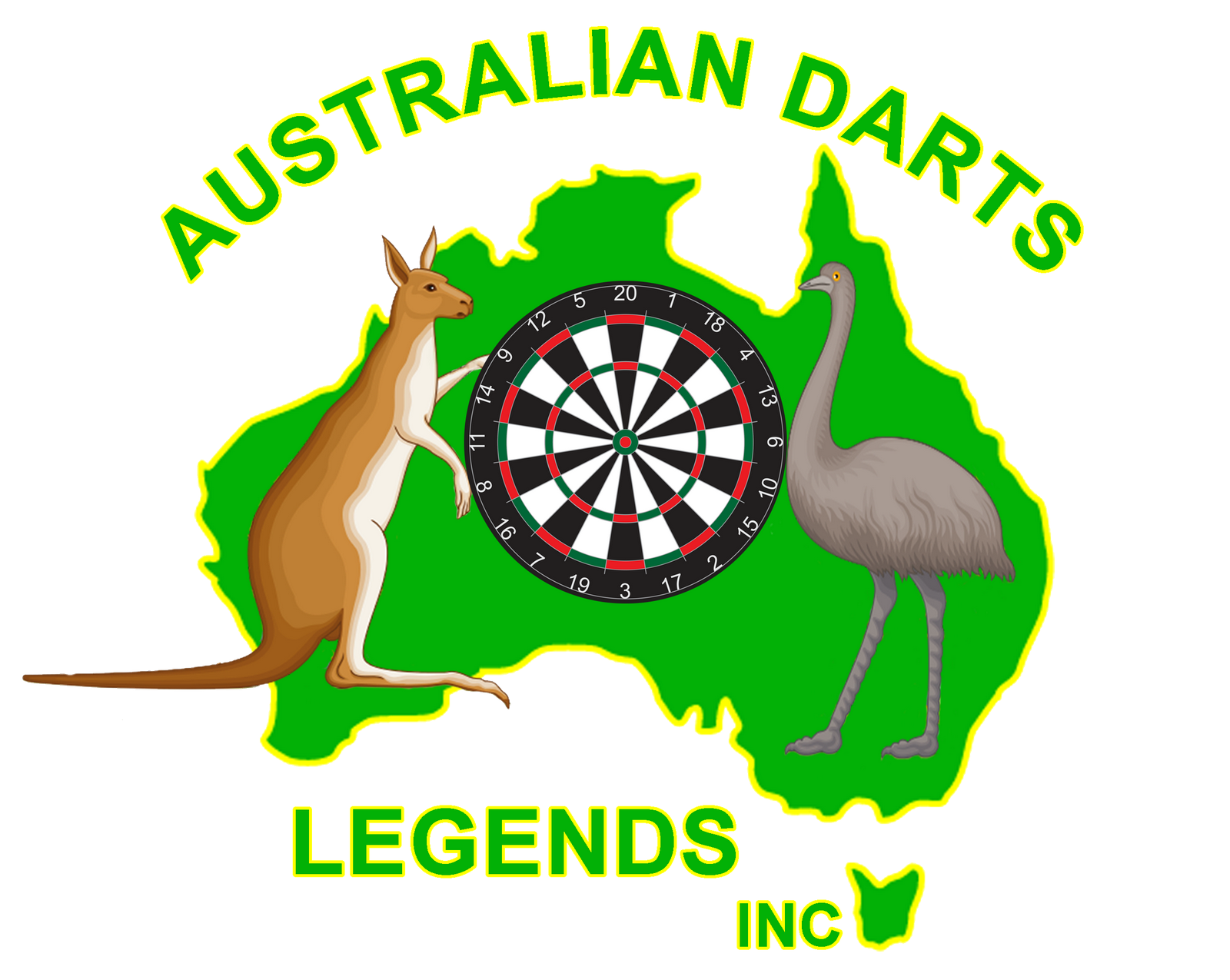 With regret the 2021 National Championships in Barooga have been cancelled. It is disappointing to have this happen for the second year in a row but ultimately it is for the safety of all.

The Legends over 45's for players over the age of 45 years, was formed in 1997 when the World Cup was held in Western Australia. Don Reynolds and Patrick Fletcher were the ones that set about to form the Legends by getting past players together from each state and they played after the Australian Championships in Perth. Western Australia, Victoria and New South Wales were the states that kept the idea going. They tried to include the other states but with little success at the time.

In 1998 the Legends Australian Championships were played in South Australia at Morphettville in the evening after the DFA competition was concluded for the day. For 1999 the Legends went out on their own and conducted their National Championships in Victoria at the Geelong Dart Club. The Central Coast Leagues Club in Gosford, NSW was the venue for the 2000 National Championships. Perth, in Western Australia was the host city for the 2001 event and in 2002 we returned to Geelong in Victoria. To this stage only Victoria, NSW and WA showed a continued interest in the Legends conception.

2003 at Gosford saw the inclusion of a token membership from Queensland. The members from there were very keen to see how we operated and by the end of the weeks' competition, put up a very concerted and acceptable bid to host the event in 2004.

Brisbane in 2004 saw the Legends improve in numbers with over 200 persons competing during the five-day event.

Perth in 2005 continued the trend with over 250 persons competing during the five days. The venue, the Coolbellup Hotel was at its capacity for most of the competitions duration.

Each state has its own committee and they try to arrange to come together at least once a month where possible. The Australian Championships are always well represented by the states with figures reaching 120 at Geelong in 2002 and over 260 at the last event in Perth in 2005.

Membership for 2005 from the four states currently associated totalled 530.

"Any current top division current State player that has represented their State at the National D.F.A. Championships is ineligible to compete in the Australian Darts Legends (Inc) National Championships held in the same year".